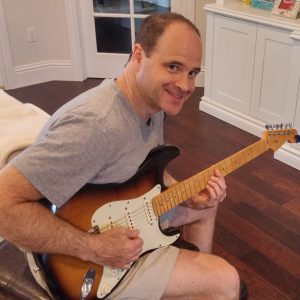 "The ability to improvise a bebop line as it weaves from chord change to key change may seem like an impenetrable code understood by a few gifted jazz masters as they jam, eyes closed, swaying hypnotically to the rhythm.

Richie Zellon has decoded this mystery into an approachable system that dissects the improvised line into easily digestible musical concepts that are built upon the basics of music theory and lead the student from scales to improvisation step by step."

The trio of a logically planned lesson book, a primer of scales and arpeggio fingerings, and a workbook decodes bebop jazz in an understandable sequence. The books are cross referenced to each other and to a web-based series of videos which illustrate each principle with examples and documentation.

Richie’s methodical system is an approach which appeals to me because each lesson builds upon the previous concept moving me incrementally towards spontaneous bebop improvisation. By following his process, jazz improvisation is not a prospect but an inevitability.”